US Doing What it Can to Counteract High Gasoline Prices 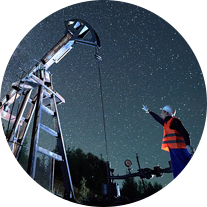 High gasoline prices continue to plague efforts to lower inflation worldwide. The Russian invasion of Ukraine and the resulting sanctions prohibiting purchases of Russian oil substantially exacerbate tightness in world crude oil and petroleum product markets. As discussed below, markets dynamics foretold worldwide crude oil demand outpacing supply months before Putin’s ill-conceived attack. The Russia-Ukraine war and resulting market changes, however, wreaked such havoc on world markets that the US exported approximately 1.1 million barrels per day (Mmbpd) of crude oil and petroleum products on average over the past four weeks versus importing 343,000 barrels per day over the same four-week period a year ago. This ~1.5 Mmbpd swing to exports from imports represents a $20 per barrel to $30 per barrel swing in crude oil prices.

As shown in the following chart from the US Energy Information Administration, domestic crude oil inventories commenced declining rapidly in Spring 2021 (red circle). The prior six-week period, which saw significant additions to inventories of crude oil, marked the typical period of seasonal refinery maintenance when facilities shutdown and throughputs decline precipitously.

The graph below of US crude oil production exhibits a dip in flows from wells concurrent with refinery shut-in season, but with a corresponding rebound in production from 10.4 million barrels of oil per day (Mmbopd) in late March 2021 to well over 11.0 Mmbopd by July 2021. Production growth persisted until Fall 2021 when Hurricane Ida hit the Gulf Coast the final week of August, resulting in flooding and shut-in crude oil production. Unfortunately, demand growth persisted and crude oil inventories failed to recover through Winter 2021-2022, as shown in the above graph.

Refineries, in order to meet burgeoning worldwide demand for gasoline, diesel, and petroleum products, only completed an amended turnaround in Fall 2021, as highlighted by the yellow circle in the following chart, negatively impacted by Hurricane Ida. As previously noted, this short turnaround for refiners offered no relief for the ongoing draws on crude oil production and inventories. This situation led to the initial increase in crude oil prices from the pre-Hurricane Ida $67 per barrel level to the $85 per barrel level in late-2021. Economically motivated, domestic US crude oil producers increased production year-over-year in 4Q21 to over 11.6 Mmbopd from 10.9 Mmbopd in late 2020. As shown in the above graph, these producers continued to increase production, albeit more ratably and conservatively than in earlier $100+ per barrel price regimes, to a recent 12.0 Mmbopd. Notably, oil drillers and oilfield services companies remained constricted by the same supply chain logistics snafus and lack of workers that complicated operations for much of the rest of the US.

Politicians and the popular press made much of declining refining capacity in the US. However, the above chart shows that refining capacity, again in response to high petroleum product prices, ran between 15 million barrels per day (Mmbpd) and 16 Mmbpd of throughput the entirety of the past 15 months, significantly higher than it ran over the prior year. Primarily in response to expectations for declining petroleum product demand, significantly higher expectations for alternative fuels and electric vehicles, and increased maintenance expenses, refinery throughput declined 8.6%, or 1.6 Mmbopd, from a peak of 18.0 Mmbopd in August 2018 to a recent 16.4 Mmbopd.

Very robust growth in gasoline and diesel demand brought on by the re-opening from COVID-related shutdowns, as shown in the graph above, combined with already very low crude oil inventories and long-term declines in refinery capacity provided a solid set-up for escalating crude oil and petroleum product prices months before Russia invaded Ukraine. With OPEC recenty producing 2.6 Mmbopd below its production goal in April and diminished spare production capacity, we do not see any quick fixes on the horizon other than conservation for high crude oil, gasoline, and diesel prices. In response to this opinion Solyco Wealth remains overweight the Energy sector, holding TotalEnergy, Schlumberger, Pioneer Natural Resources, Marathon Petroleum, and Earthstone Energy in its model portfolios.

Want helpful interpretations of the latest financial and investing happenings in your inbox? Sign up so we know you're interested!